I cannot continue having issues on the jump logic, its too basic, yet critical for a platformer, so I'm doing some debugging and research on why some bugs are happening 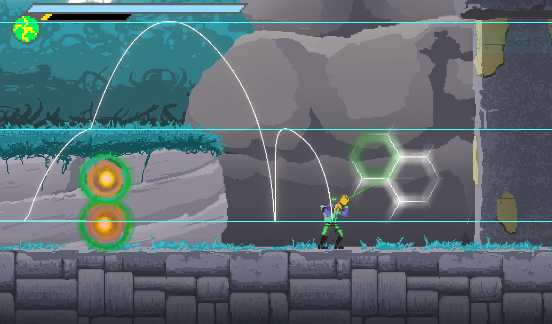 In theory I can reduce or even disable the time it holds the jump before actually executing it, I had to put this time, otherwise the physics start to accumulate inertia, this shouldn't be happening but I found that as a workaround, but I should rather find why that's happening instead.

That line is a really basic trail renderer, that helped me to confirm another bug I was felling: I call it superjump, it seems that the matter units are not completely a box or hexagonal, they have this weird shape 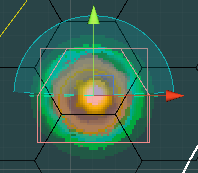 Its a bundle of triggers and colliders, and it seems to be working (in previous versions it was a single true hexagon, but it was causing some weird issues like player being trapped between matter units), however it seems that for slopes, it kinda accumulates inertia and makes the player to jump higher, I might have to remove all the inertia at the very moment the player collider touches anything, but I feel that's not the right thing to do, so I might have to do more tests.

2018 October: Kinda fixed... or at least I didn't hear any more complains in regards