Testing, testing, testing! I got some players to play Matter, young people between 8 and 18 years old, some of them were not actually gamers, so platformers were not too familiar to them, which is good because I noticed How. Difficult. Is. Matter. At least currently for a newbie...

It was too difficult to move around with the matter device, the players got the trick, but then it was waaaay harder to move objects using matter, while being aware of matter decay and device overload, however some of them didn't give up, they wanted to continue and beat the level, I loved that attachment and commitment to the game  but I do need to create more levels between the ones I have created, levels that makes them learn step by step the most basic mechanics, mechanics that I considered obvious or already explained or mastered in previous levels or challenges, and most important, levels that trains them and actually masters them, is not an issue of knowing how to beat the level or solve the puzzle, is an issue of dexterity and agility, they figure out how to solve the puzzle, but they can't actually solve it because they are not agile enough to place matter quickly below them when falling, or they don't notice they are using too much matter and just before they solve the puzzle, the device explodes or the matter-let the player is standing on decays and player falls into toxic water, now I notice that some games are long not because of hours of gameplay, but they need to train the player with simpler levels.

I know this might sound like... "no shit sherlock" obviously games should be easy at the beginning and become more difficult in the time, yep... what I just figured out is that Matter is just too difficult too soon, I think each level I created is balanced, but the game itself as a bundle of levels is not, because I haven't created enough levels to master the player... or , they might be, for some gamers that have been playing platformers for years, like me... I do want teens and maybe even kids form maybe 8 years to be able to play Matter, so I have to make it easier at the beginning (err... yea about kids playing Matter... let's discuss the bloody ways of dying and showing that to kids later ) 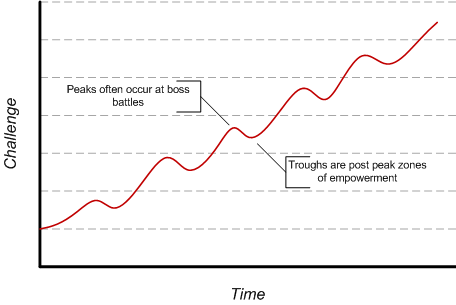 That's not all, this game is urging for more graphic ways to show things, for example toxic water is often confused with floor, they jump into and die, also I have like 2 ways of showing that matter is overloading, but it doesn't seem to be enough, it needs SFX so the player not only sees, but hears something is gonna happen if he continues to place matter

October 22, 2018: Yes, Miss Blue, I did this post there in TIG forums thinking about your video and how much you struggled and suffered to even beat the 2nd and 3rd levels... Fun fact: before you show me your video, the previous day some friends of mine and my nephews came to test my game, and indeed they suffered and struggled... which was kinda sad because they really wanted to know what was ahead of the level they were stuck at (they reached level 5)... if 1 person says your game is difficult, it might be wrong (very unlikely if that person shows that thru a video xD) but if various also say so, them something is going on there... All this is already fixed, tho my nephews were not able to play Matter again, I do need people to test, give feedback or even roast this game!